We share our big sky with more than 400 species of birds, and we never tire of hearing the song of the western meadowlark—our state bird. Yellowstone Country is a birder’s paradise that happens to look like paradise, too. The Bridger Mountains are one of North America’s busiest golden eagle migratory routes, and Yellowstone is home to some special birds, like the green-tailed towhee, mountain bluebird, and calliope hummingbird. Varied habitats means diversity of birds in the park, especially during the spring/summer months and fall migration. Thermal features and geyser basins also offer year-round habitat for a few of our hardier feathered residents of Yellowstone National Park. 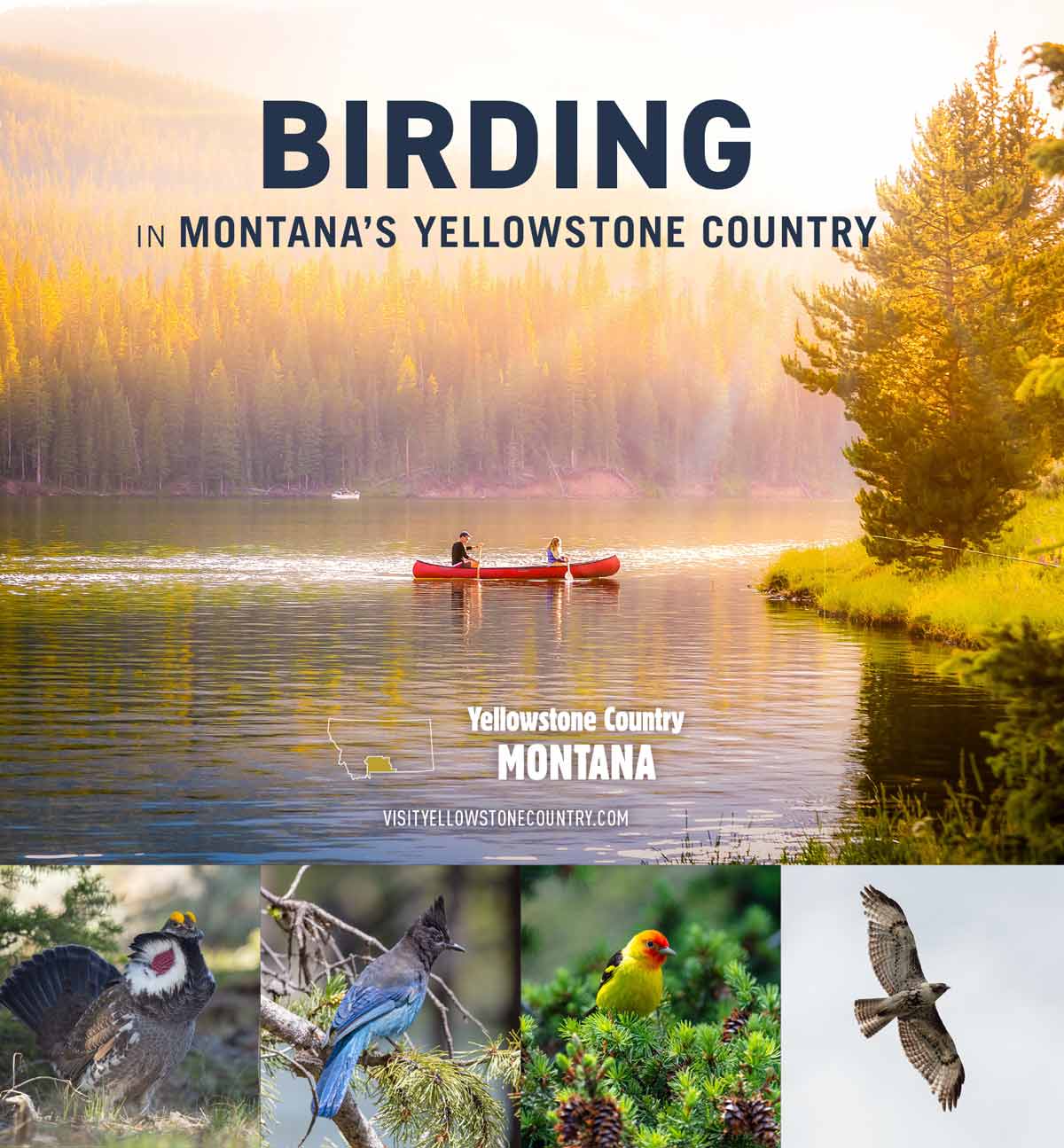 The fish hatchery next to Bridger Creek is a quick 5-mile drive from downtown. It offers a wooded sanctuary of cottonwood, willow, dogwood, and Douglas fir at the mouth of Bridger Canyon. It’s a magnet for many types of birds. Across Bridger Canyon Drive from the fish hatchery is the trailhead for both the “M” trail and the Bridger Foothills Trail. Juniper, chokecherry, and hawthorn grow along these trails. Frequenting these slopes are the Townsend’s solitaire, lazuli bunting, green-tailed towhee, and chipping sparrow. The Drinking Horse Mountain Trail, a 2-mile loop, begins off Fish Hatchery Road next to Bridger Creek. This is a good spot to watch for belted kingfishers and American dippers. As the trail climbs through the Douglas fir forest, you’ll have good opportunities to listen and watch for montane birds such as the Clark’s nutcracker, mountain chickadee, and red-breasted nuthatch. Also listen for yellow-rumped warblers and ruby-crowned kinglets. At the top of the mountain, be sure to watch for raptors. 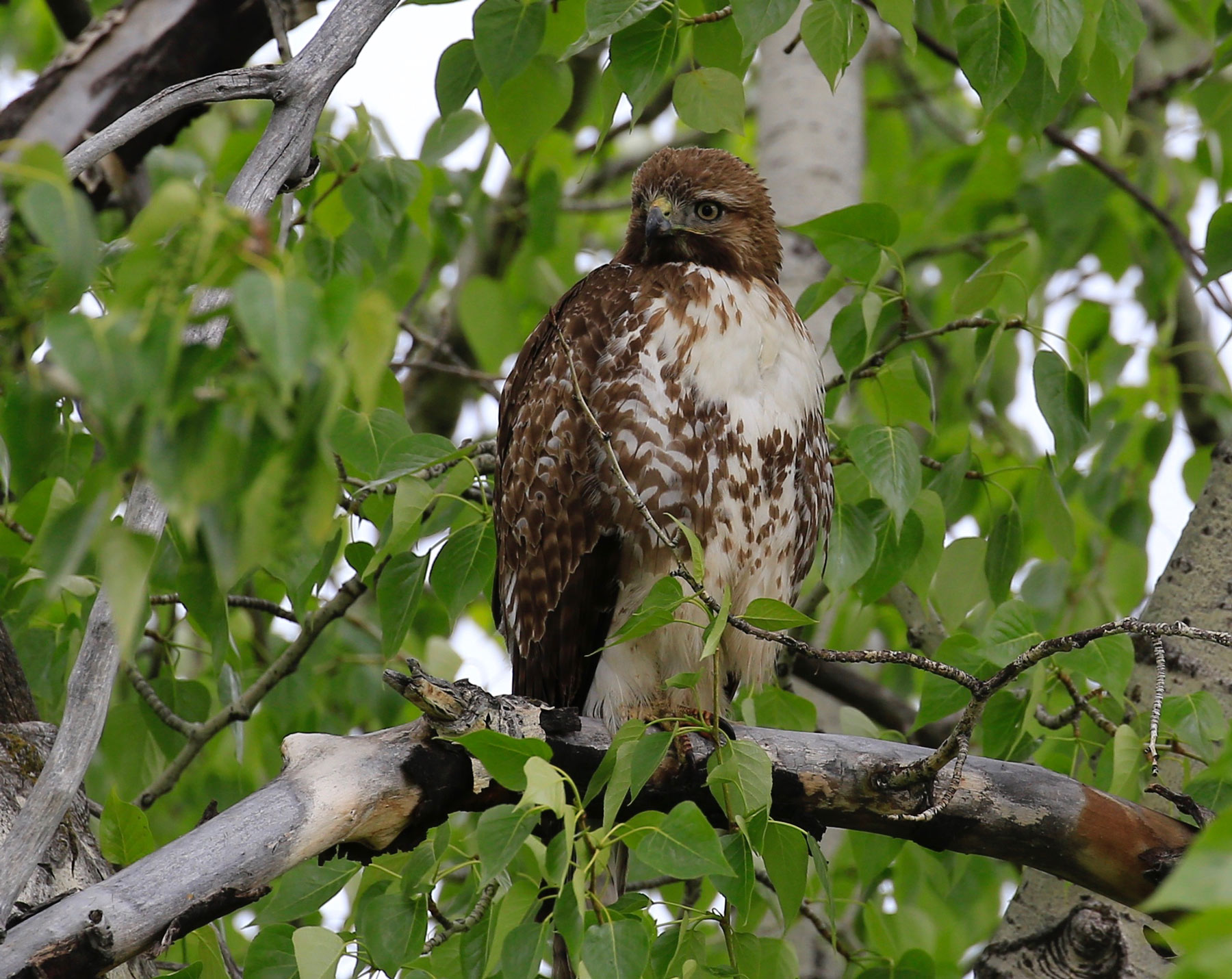 Triple Tree Trail serves as a transition area between the Gallatin Mountains and grasslands, Limestone Creek, and brushy deciduous areas. Along the lower reaches of the trail, grasslands full of vespers and Savannah sparrows give way to brushy deciduous areas, which follow Limestone Creek, where the ruffed grouse, calliope hummingbird, veery, and Lincoln’s sparrow are some of the birds to expect. The trail then ascends through Douglas fir and lodgepole pine forests, with a wide variety of nesting birds including Cassin's vireos, Swainson's thrushes, American redstarts, and western tanagers. Triple Tree offers perhaps the greatest bird diversity for any short hike in the Gallatin Valley. From Kagy Boulevard in Bozeman, turn south onto Sourdough Road, and continue on Sourdough Road for 3.2 miles until you see the parking area and trailhead on the left.

Located at the confluence of the Jefferson, Madison and Gallatin rivers, which form the Missouri River, you’ll find the Missouri Headwaters State Park, hosting many breeding birds in addition to being a major migration corridor. In the summer, look for soaring American white pelicans and turkey vultures. Just north of the park boat ramp, follow the Trident-Peregrine Trail along the Missouri River and scan the cliffs for nesting peregrine falcons, white-throated swifts and canyon wrens. Around Fort Rock there are western and eastern kingbirds, as well as rock wrens. A mile beyond the Fort Rock picnic area, the old townsite of Trident is also a good spot during spring and fall to look for migrating passerines. Please respect posted “No Trespassing” signs there. From Interstate 90, take the Three Forks exit, then turn right and follow the signs to the park. After 2 miles take Highway 286 to the left. Fort Rock picnic area is 3 miles down the road with several points of interest along the way. 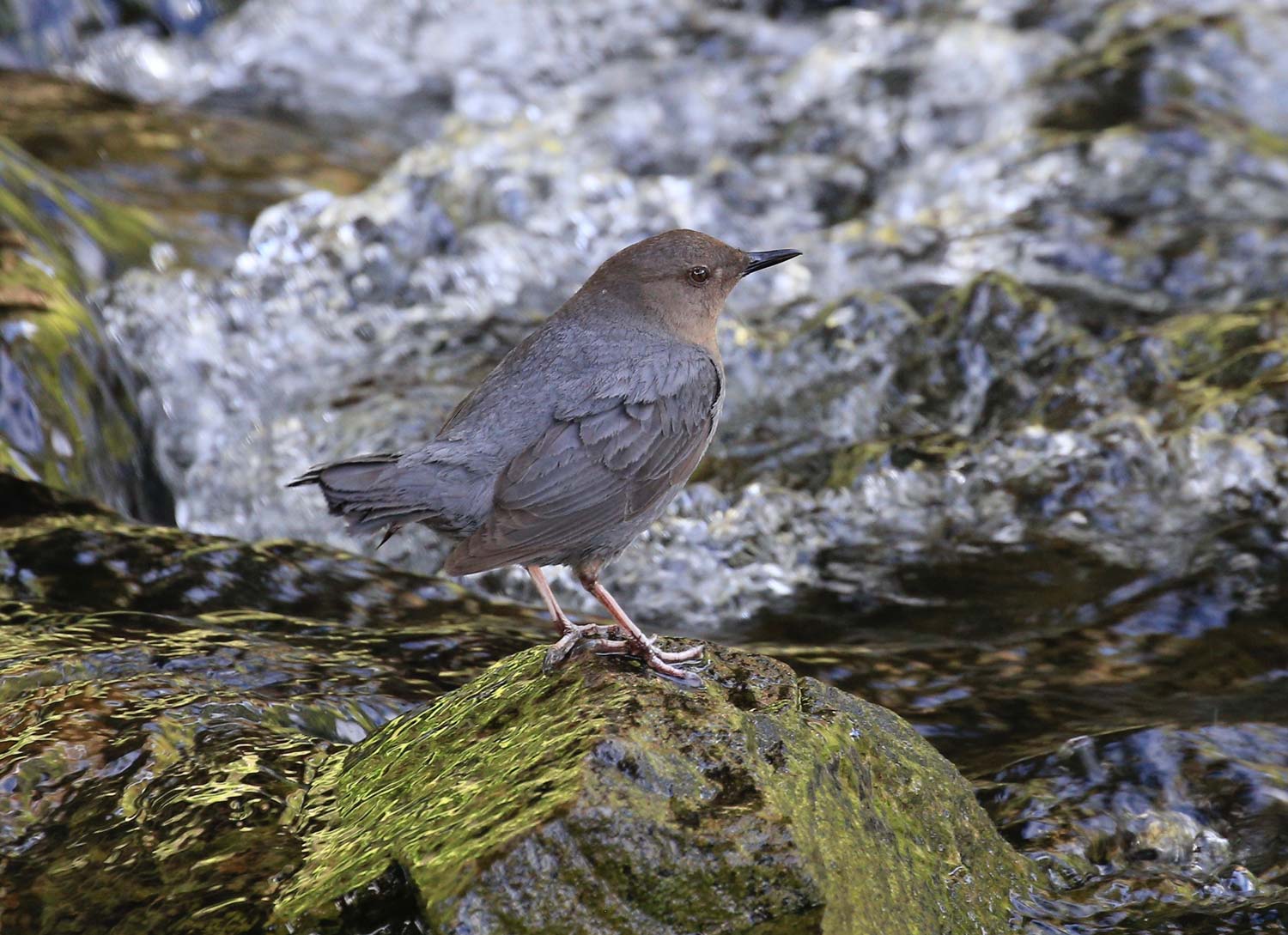 Red Rock Lakes National Wildlife Refuge has often been called the most beautiful national wildlife refuge in the United States. The rugged Centennial Mountains, rising more than 10,000 feet, provide a dramatic backdrop for this extremely remote refuge in Southwest Montana's Centennial Valley. Red Rock Lakes NWR encompasses primarily high mountain, wetland-riparian habitat—the largest in the Greater Yellowstone Area— and is located near the headwaters of the Missouri River. Several creeks flow into the refuge, creating the impressive Upper Red Rock Lake, River Marsh, and Lower Red Rock Lake. Winter snow replenishes the refuge’s lakes and wetlands, which provide secluded habitat for many wetland birds, including the trumpeter swan, white-faced ibis, and black-crowned night heron. The refuge also includes wet meadows, willow riparian, grasslands, and forest habitats. This diversity provides habitat for other species such as sandhill cranes, long-billed curlews, peregrine falcons, eagles and hawks. The refuge was established in 1935 to protect the fewer than 70 trumpeter swans that were known to exist worldwide. Warm springs provide year-round open waters where swans find food and cover even in the coldest weather. Through conservation efforts, the population is now estimated to be over 46,000 in North America.

Check out more birding hotspots of the Gallatin Valley and beyond. 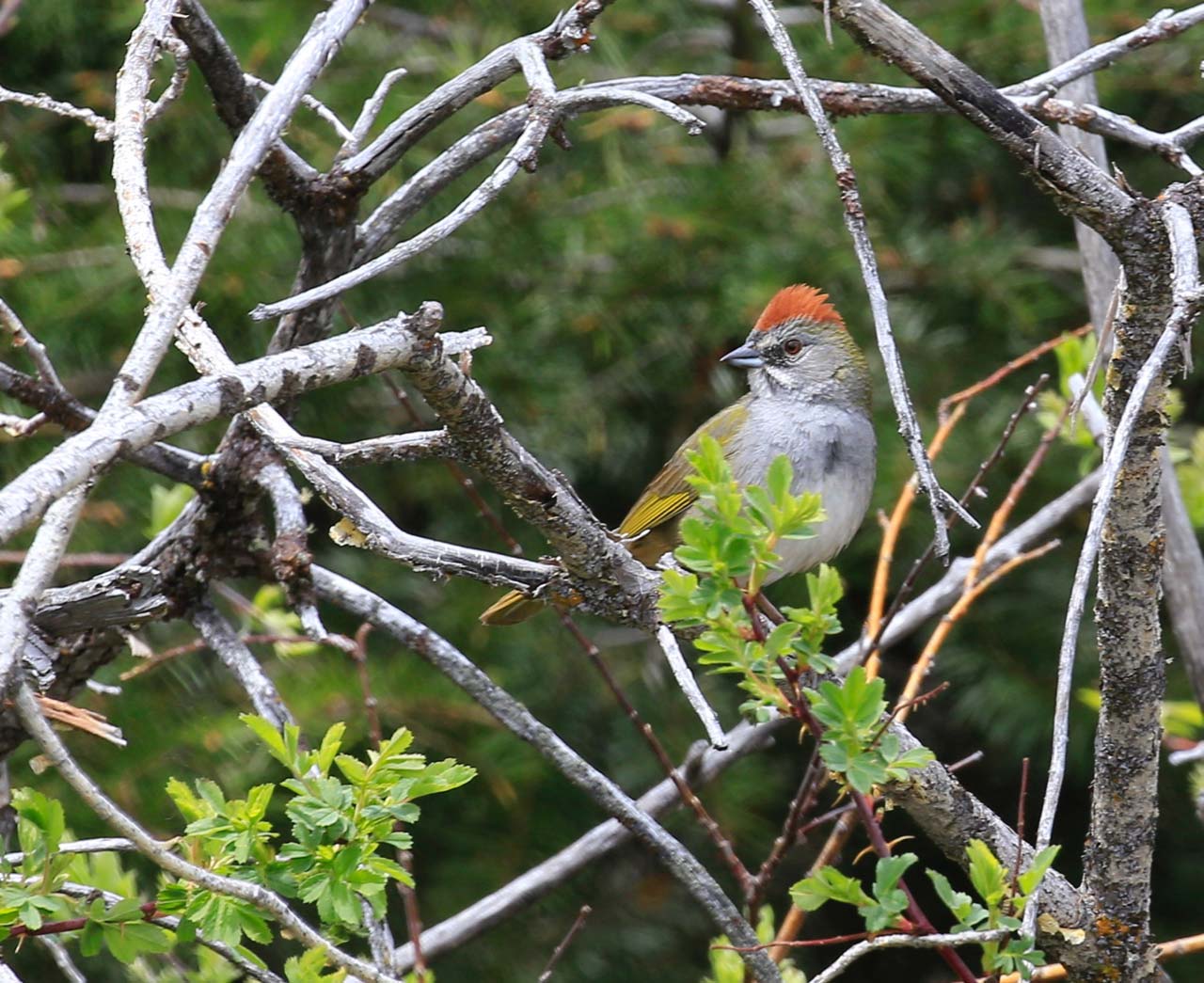 Please observe and enjoy birds from a distance. To avoid stressing birds or exposing them to danger, exercise restraint and caution during observation, photography, sound recording and filming. Keep far back from nests and nesting colonies, roosts, display areas and important feeding sites. Stay on roads, trails and paths where they exist, and respect private property. Keep habitat disturbance to a minimum. Practice common courtesy in contacts with other people. Your exemplary behavior will generate goodwill with birders and non-birders alike.

Birding
Things To Do