Coming in a just under half a square mile in size, Fromberg may be small but it's brimful of character (and not just because of former residents with nicknames like “Poozer” and “Billy B’Jesus”). This little spot on the map never quite felt the “bust” of the boom and bust days the way other rural railroad towns in Montana did.

As the demand for coal declined, the rich soil of the Clarks Fork Valley came into focus. Early settler Rev. John Clark put his faith in that rich soil when he planted apple trees in Fromberg and created the first of many orchards that gave Fromberg its nickname as the “Fruit Basket” of the region. Today, Fromberg farmers are knee deep in corn, sugar beets and hay. Rumor has it that one adventurous soul is even growing hemp.

Despite its size, and the fact that the local blacksmith is the unofficial keeper of the town’s history, Fromberg boasts a museum that’s worthy of a visit. The Clark's Fork Valley Museum celebrates the rich history of this river valley and features a restored railroad depot from the Northern Pacific spur line, a one-room doctor's office and a traditional homesteader's cabin. Some of the other buildings from Fromberg’s past have been moved onto the museum grounds—a collage of structures that piques the curiosity of passersby who end up pulling off the highway for a gander.

In summer, folks in Fromberg enjoy water sports at stargazing at Cooney Reservoir, only 32 miles away. When the snow flies, skiers can reach Red Lodge Mountain in less than 50 minutes, where they’re met with authentic Montana skiing, pure and simple. 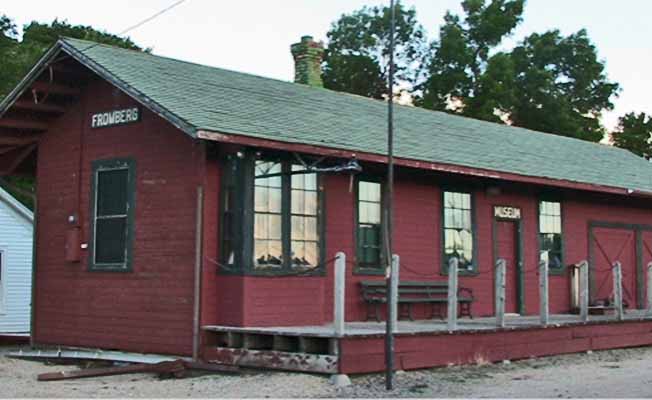